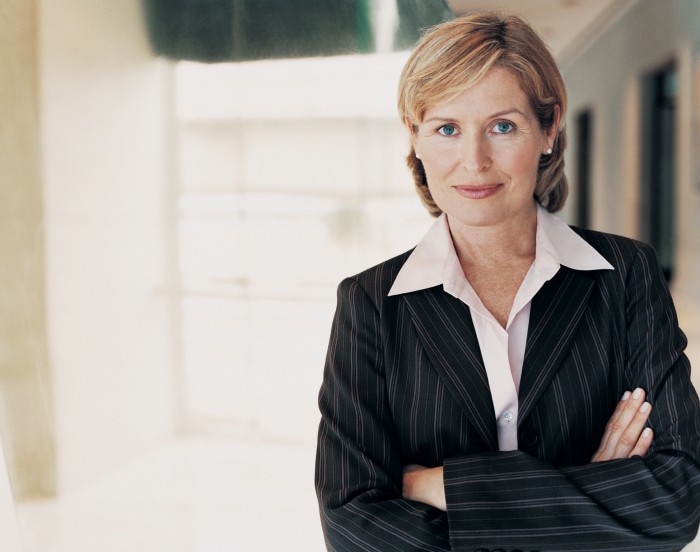 The world’s best leaders know how to get things done by skillfully utilizing the talents of the people around them. One of the best examples of this is the relationship successful leaders enjoy with their high-performing executive assistants.

Leaders know how to choose the right person for the job. As Jim Collins wrote in his book Good to Great, leaders start by getting the right people on the bus and in the right seats.

In my book The CEO’s Secret Weapon: How Great Leaders and Their Assistants Maximize Productivity and Effectiveness, I interviewed global business leaders such as Richard Branson, Donald Trump, Steve Forbes, John Chambers and others, who repeatedly demonstrated this knack of hiring the right person who could operate as a seamless extension of the executive. In the case of these business leaders, all their assistants have been with them well over 20 years, and sometimes, over 30 years. Donald Trump told me, “I have good instincts but I always believe every hire is a gamble.” Knowing yourself, your work habits and your work style are key.In discussing hiring his assistant, Norma Foerderer, who was with him over 25 years before she retired, Trump told me, “I needed someone strong because I work quickly and am demanding because of that. I also needed a straight shooter—someone who will tell it like it is. I’m that way and I can’t have someone who isn’t. Every boss appreciates someone who is honest with them.”

So, how do these global business icons manage to get so much done through the smart use of their assistants? Here are some suggestions for how can you do the same in your business:

Give Them Access: Give your assistant complete access to you. Let them learn by observing your decision making process, your moods, why you like or dislike something. This perspective will give them a compass for how to act on your behalf. Confident of what you would want, they won’t hesitate to act as your proxy.

Give Them Autonomy: Great leaders know when to become immersed in the details and when they should let someone else take the lead. If you’ve hired the right person, let them do their job. Trust them. Don’t second-guess what they do. As General Patton reportedly said, “Never tell people how to do things. Tell them what to do and they will surprise you with their ingenuity.” In the case of exceptional executive assistants, you don’t even need to do that. Simply share your vision with them and trust their experience, skills and creativity to take it from there.

Give Them Confidence: When you trust people, you build their confidence and encourage initiative. I was fortunate in my positions as assistant to successful business leaders such as peak performance strategist, Tony Robbins, to be allowed considerable latitude in how I did my job. Then the job becomes exciting because you care for it and run it as you would your own business. Richard Branson’s former assistant, Penni Pike, told me that after many years of working in close quarters with Branson, one day he told her to take all his most important papers and move back to the houseboat from where they worked earlier. She said that while it felt strange to be away from him in the beginning, it came to feel like she was running her own business. In fact, the experience I gained through being trusted by my bosses and working independently, gave me considerable confidence when I started my own business, because decision making and going out on a limb were not new to me.

Give Them Kudos: Management consultant Peter Drucker told me he didn’t have much interest in discussing assistants with me because his focus was on strategy and assistants don’t create strategy. If he were alive today, I think Mr. Drucker would be pleasantly surprised to see the role many assistants are playing in helping their executives define strategy because of the strategic position an assistant to a leader occupies in an organization. The assistant is often privy to information that would never make it to the ears of the CEO unless the assistant told them. Who is doing or saying what, how employees are reacting to new directives, much of this is communicated to the CEO by their assistant, whose finger is on the pulse of the organization. Smart leaders take note of their assistant’s recommendations. Management guru Marshall Goldsmith commented in my book, “Executives should get in the habit of asking their assistants, ‘How can I be a better partner in our relationship’, then listen, learn and act on the assistant’s ideas.”

Give Them Respect: Every top influential business leader I’ve had the privilege of knowing or hearing about, shows courtesy and consideration to their assistant – in public and private. They don’t disrespect their assistant and they don’t let others disrespect their assistant. I remember, as a young assistant, telling my CEO boss that someone had been rude to me. My boss immediately called him saying that when I called, this person needed to speak to me as if he were speaking to my boss. That experience taught me that a boss backs up his people. As much as the assistant “has the boss’ back”, the boss should do the same.

Give Them Gratitude: Acknowledge the immense job your assistant is doing on your behalf. Time after time, great business leaders have told me they could never do what they do without their assistant. As Ken Blanchard remarked in my book, “Assistants give you the capacity to do so much more.” Remember to express your thanks, show consideration and once in a while, look for ways to reward them.

Develop these habits and you will have learned some of the secrets that for generations have enabled exceptional leaders to function at optimum levels, working effectively with their exceptional assistants.

Jan Jones is the author of The CEO’s Secret Weapon: How Great Leaders and Their Assistants Maximize Productivity and Effectiveness. She is President of Jan Jones Worldwide, a speakers bureau that evolved from her experience as executive assistant to personal development icon, Tony Robbins and ten years as exclusive representative for small business visionary, Michael Gerber. For more information: theceossecretweapon.com